For years, Martine Tremblay had no choice but to build her life around the many unexplained, and seemingly unconnected, symptoms that she experienced on a near-daily basis.

Now, with a diagnosis firmly in hand, she’s been able to take back control from the rare metabolic disorder.

The 48-year-old native of Pont-Rouge, Quebec, a town west of Quebec City, carries a big smile and a bubbly personality everywhere she goes. However, for much of her early life, her sunny disposition masked a set of unexplained health challenges. 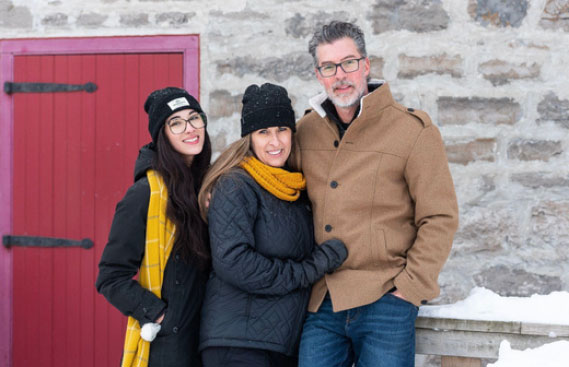 She had spent years sensing something was wrong with her body, but didn’t know what was causing her constant muscle aches, low blood sugar, bouts of exhaustion, and strange blood work results. During her teens, 20s, and early 30s, Martine was hospitalized for weeks at a time, her symptoms consistently baffling the many doctors who treated her.

In 2007, she finally got her answer: very-long-chain acyl-CoA dehydrogenase deficiency (VLCAD), a rare genetic condition in which the body is unable to break down certain fats. It’s part of a group of metabolic conditions called long-chain fatty acid oxidation disorders (LCFAOD).

“It was such a relief to receive a diagnosis,” says Martine. “I thought, ‘I can live with this.’”

New research into VLCAD and other fatty oxidation disorders has led to the development of new types of therapies that can help stem the effects of the disease, which, without intervention, can lead to heart, muscle or liver damage and a risk of death in more severe cases.

Martine spent her childhood like any other active Canadian kid: hiking with friends, going on camping trips, taking ballet and jazz dance classes, and playing softball. She was one of three girls, and a self-described “relatively normal kid,” she says. “I was always very active and energetic.” 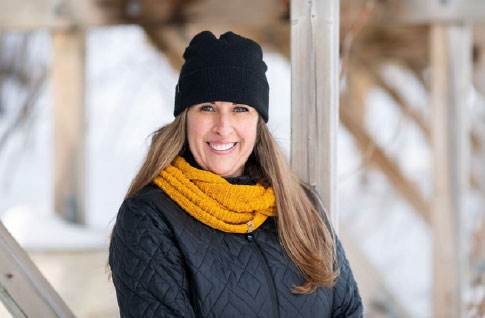 But in her teens she began to experience bouts of leg pain and swelling after strenuous exercise. After a long hike or a period of stress, she would have to rest. Martine recalls one camping trip where she had to rest in her tent while her friends headed out to continue exploring. “The recovery periods became longer and more intense,” she says “I remember wondering if I’d ever be able to keep up.”

Martine also began to experience frequent kidney infections, forcing her to be hospitalized for up to five days at a time. People with VLCAD may experience regular kidney-related issues that — in severe cases — can lead to kidney failure, the result of rhabdomyolysis, a potentially life-threatening condition that can occur when those affected by VLCAD engage in strenuous exercise.

Despite her many hospital visits, Martine’s doctors never suspected that she had VLCAD.

Fatty oxidation disorders are rare — their combined incidence ranges from 0.9 to 15.2 per 100,000 people — and many doctors simply don’t see enough patients with VLCAD, or another type of LC-FAOD, to be familiar with the symptoms.

A challenging pregnancy — and a diagnosis at last

The breakthrough came when Martine became pregnant. Then in her mid-30s, Martine was having a difficult pregnancy. “I had put on a lot of weight and had lots of swelling,” she says. “I also had protein in my urine.” Diagnosed with preeclampsia, a life-threatening condition that can seriously harm a pregnant mother and baby, Martine’s doctors delivered her daughter, Joëlle, prematurely. The baby was born safe and healthy, but Martine’s recovery wasn’t as easy. 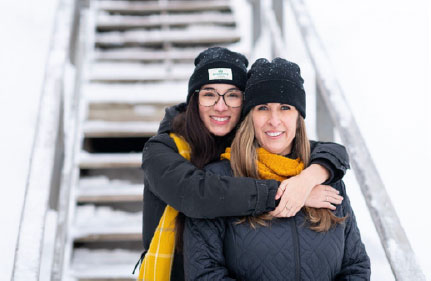 Martine with her daughter, Joëlle.

Martine was hospitalized for a time after Joëlle’s birth, clearly shaken by the experience. Following her stay, she was referred to a neurologist for assessment.

Then, after further bloodwork and a urine analysis, Martine finally received a definitive VLCAD diagnosis.

After years of concerning symptoms, she was relieved. “I was so happy,” she says. “I finally had an answer.”

The vital importance of dietary changes

“Early diagnosis is key,” says Bourdages. She adds, “if one suspects something is wrong, they should speak to their clinician and seek further blood and urine tests — or genetic testing for mutations in the ACADVL gene.”

“Once a diagnosis has been established, an effective way to manage VLCAD symptoms is by carefully managing one’s diet,” says Bourdages. Based on guidelines,
she also recommends a low-fat, high carbohydrate diet that includes medium-chain triglyceride (MCT) oil supplementation. This can help prevent rhabdomyolysis, a serious condition that causes the breakdown of skeletal muscle fibers and can result in the release of muscle fibres into the bloodstream. Strict adherence to these rules can ensure that the muscles are receiving the right fuel, decreasing the muscle pain and bouts of fatigue that characterize the illness.

It’s also important for people with VLCAD to avoid going long periods without eating, becoming dehydrated or eating high-fat foods. “They should avoid foods like fries, pastries, margarine, vinaigrettes and butter,” advises Bourdages. “Instead, they should opt for lean meats, foods like egg whites, and non-fried foods.” 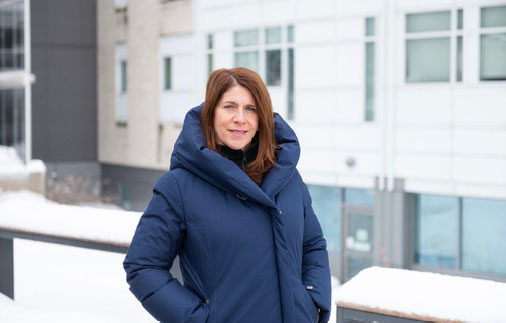 While excessive exercise typically needs to be avoided for those living with VLCAD, that doesn’t mean exercise should be avoided
completely.

“I advised Martine that as long as she’s properly hydrated and brings along healthy snacks for her walks, she should be just fine,” says Bourdages.

Creating a life that fits her unique needs

In recent years, as her husband, daughter and friends rallied around her, Martine began to see progress in her health. She was more careful with her exercise regimen and watched what she ate. Her exercise recovery periods were fewer, although she still had days of low energy and muscle pain. “It was challenging at first,” she said of her new regimen. “Sometimes it means making a lasagna that is half low-fat and half regular so my husband and Joëlle can enjoy it too,” she laughs.

“Martine’s condition has also impacted her career decisions. She knew quite early on that she would have to build a career that allowed her the flexibility to be her best, and feel her best. “I am thankful that my passion for beauty and aesthetics has led me to own my own business and work from home,” she says. “This means that I can manage my own schedule and take time for myself, and my family, when I need it.” Recently, Martine has undergone a change to the medical management of her condition, one that replaces long-chain triglycerides with medium-chain triglycerides in the bodies of those with a form of LC-FAOD. This, in turn, provides those like Martine with more fuel to perform everyday activities. Martine calls it a breakthrough. “There has been improvement,” she says. “And I’m thankful for that.”

All said and done, Martine is grateful for how far she’s come since the days of numerous unexplained symptoms and lengthy hospital stays. She now has a clear
plan for the future and can focus on staying in the moment with her clients, friends, and loved ones.

To learn more about FAOD’s such as VLCAD, watch our webinar “Could It Be LCFAOD?

MitoCanada is dedicated to creating a world where all lives are powered by healthy mitochondria.

If you or someone you know is living with, or at risk of developing, mitochondrial disease, you can learn more at MitoCanada.org.

If you have questions, reach out to us at: info@mitocanada.org

This article was created in partnership with Atlas Content Studio