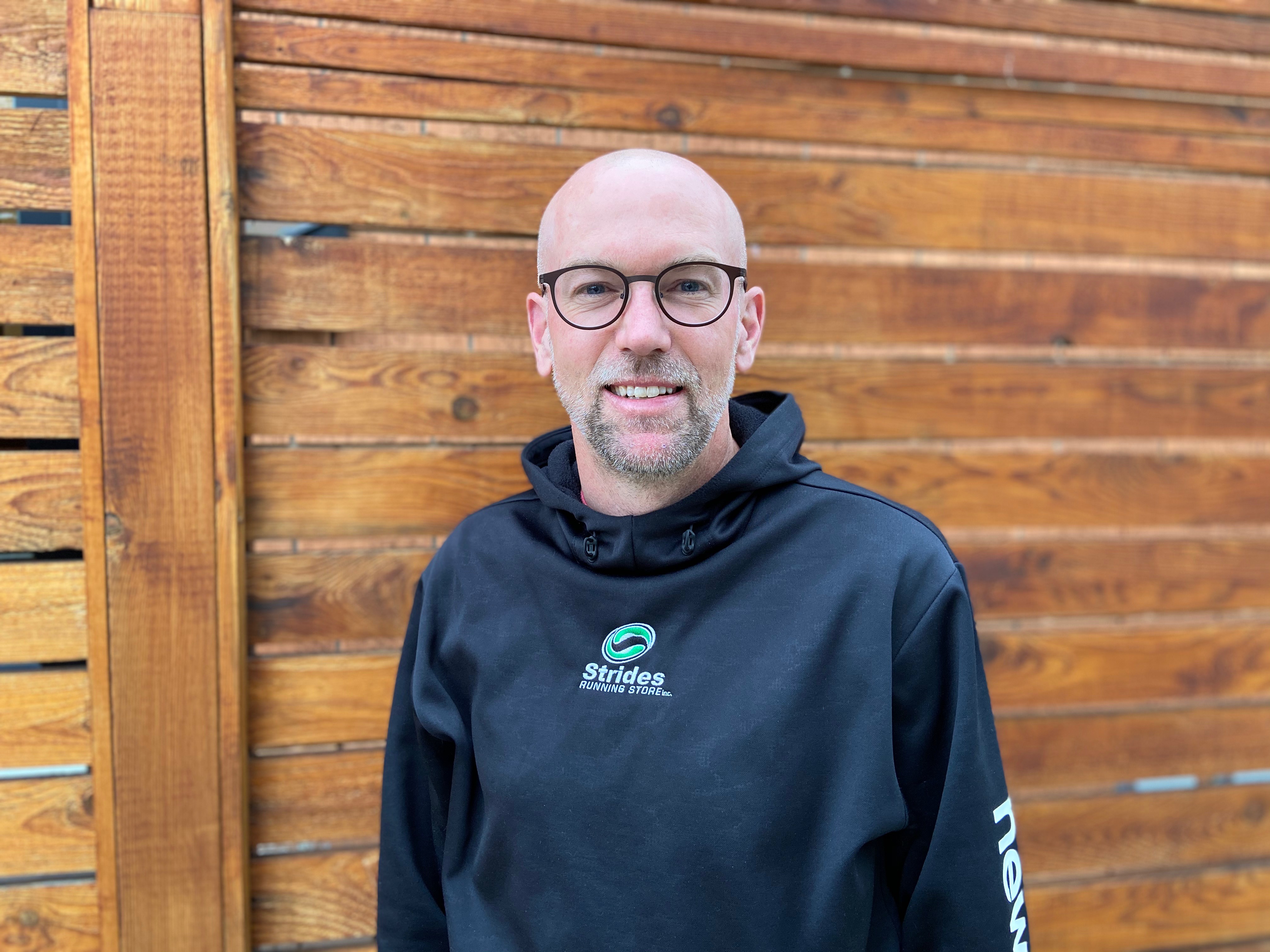 “People who wonder if the glass is half empty or half full miss the point. The glass is refillable.”
— Unknown

A little bit about Jeremy:

Jeremy began running over 30 years ago, after completing the annual Calgary Mother’s Day 10K with a friend in 1989. This race inspired many more road races and led him into a track career which spanned over 15 years, the pinnacle of which was competing in the 5000m at the World Track & Field Championships in 2001. Through running, Jeremy was also fortunate to travel around the world, competing in the World Cross-Country Championships 8 times, the 2005 World Half Marathon Championships and numerous other international races.

It was also through running that Jeremy met his wife of almost 19 years, Jeanette, also a competitive track athlete in her younger years. They have two teenage kids, both of whom have shown mild interest in the sport (though neither has taken it on like their parents, yet).

With his opening of Strides Running Store in 2006, Jeremy’s career path eventually moved him away from the Pharmaceutical business and into the world of retail sales and entrepreneurship. Strides now has 3 locations in southern Alberta – 2 in Calgary and one in Canmore.

Like most teenage boys, Jeremy used to look at the Guinness Book of World Records and marvel at some of the interesting and incredible feats contained within. It was through MitoCanada in 2013 that he had his name placed alongside many others in the book, running as a member of MitoCanada’s 10-man team that set the Guinness World Record for the fastest linked marathon.

This will be Jeremy’s 3rd Calgary Marathon as part of TEAMmito, plus one time running the 50K race wearing the Mito colours on the Marathon’s 50th year. He looks forward to enjoying this solo Calgary Marathon as much as the others and vying for the Guinness World Record by raising the most funds for MitoCanada.